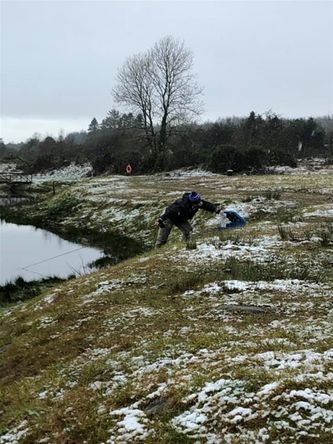 The third round of the AWOL league was held on the 15th of December at laois Angling Centre, Ran by Enda and Johno Thompson.

Practice went well with fish coming to the dreaded snakes and lures as the water had been recently stocked. Dries and the bung also featured,  aswell as nymphs on the lower lake.Over the years i have got to know the place very well, but sometimes knowing a water well can really lead you down the wrong path. Things change due to weather and time of year and if are not quick to adapt well, you will be left behind 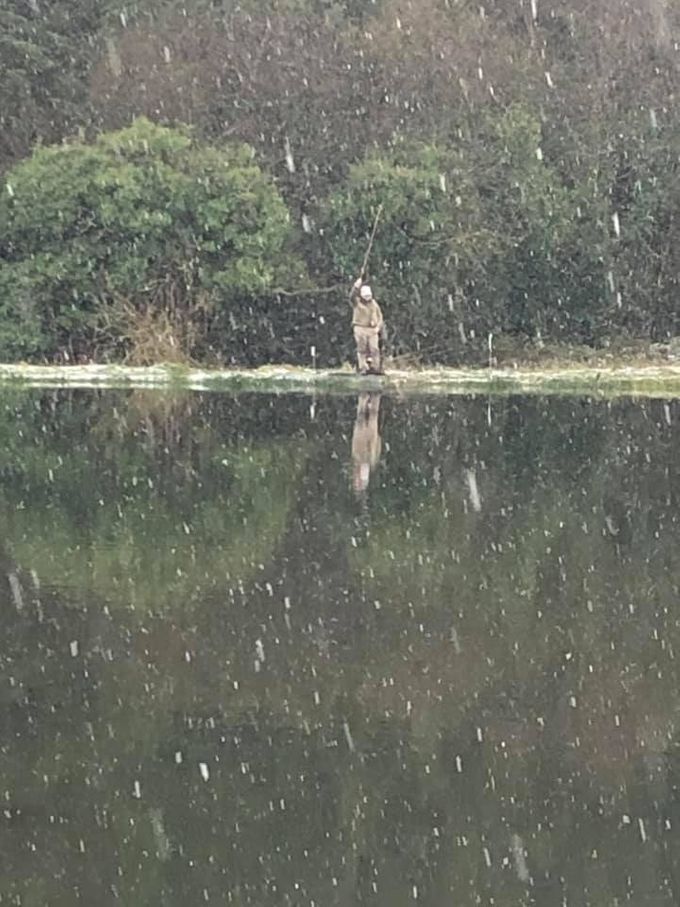 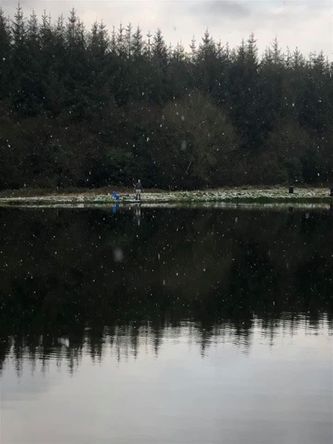 17 anglers took part in the third round of the league and as the snow fell the whistle went to start the competition. I was straight on to mid glass and a white Fario snake on the tail with a Fnf chewing gum worm on the top dropper. Within seconds of beginning the retrieve all went solid and i was playing the first fish of the day which shook the hook on the way to the net.

It wasnt a good start and it did not get any better, i  hooked 12 fish during the first session and only landed one.  I tried playing them lighly and i tried bullying them, changed flies, nothing seemed worked.

Anglers were catching all around me and at the end of the first session i was well behind.

For the second and third peg i was on the bottom lake, this time on the washing line with diawls and a cat booby . First cast all went solid and then the fish was off, three casts later the same  thing happened. What did i do in my past life to deserve this.

Nothing more on the washing line, so i changed to lures. A few cast and again i was into a fish and that duely came off a few seconds later. A slight breeze developed and i quickly changed to the diawls, i feel the washing line works better in a breeze as the line is more taught as it swings with the breeze and you get better hook ups. Sure enough i got one on a diawl bach and lost another on the booby.

My third peg was a disaster as it went calm again, 2 indications on the bung and a lost fish on the lure. So it was back to the top lake for peg four. 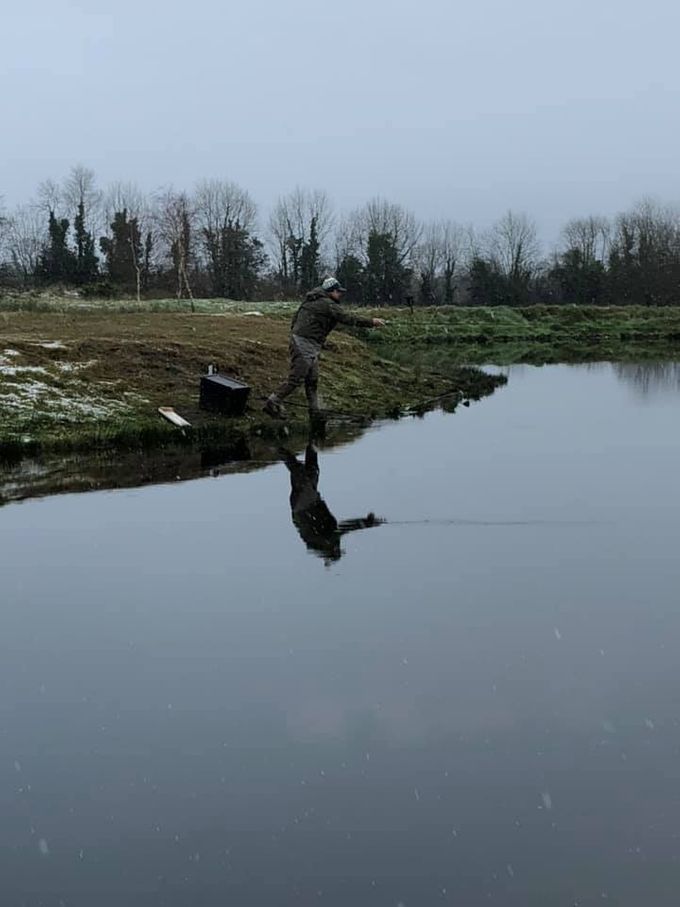 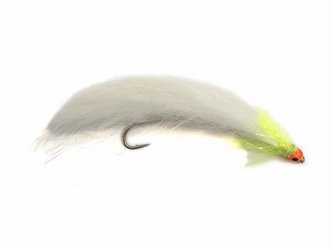 I started on the mid glass, quickly and gratefully i hooked a fish and this time it eneded up in the net.  But i was way behind the leaders. Lure fishuing is not my go to on small waters and i have a lot to learn as i watched  Marius and Darius bagging. I changed to the bung and fished all manner of creations without a solid hook up. Dont get me wrong i did get several indications but i could not connect with any of them.

Màrius who was fishing to my right started to feel bad for me..lol

Pegs 5, 6 and 7 yielded 2 more fish and many more lost fish, i just could not get it together at all, working shift  work takes its toll but this was ridiculous. My flys were working,it was just me, i could of been there for an extrs 4 hours and still came in with five. It was just one of those days. I never dropped the head at all during the competition,  i soldiered through the pegs but it was never to be. Come to think of it i havent done well in laois over the last number of years, maybe for the fifth and final round i might just not practice and work it out on the day.

One of the Members David May put up a spot prize, for the 1st angler to bag up after the 1st peg. The man of the moment Darius was the winner of this catching the peg limit of 4 fish on his second peg.The Connaught boys really fished well and Darius came first with a great bag of 15 fish. Marius was second with 10 fish just 1.5cm in front of Shane O'Caithalain who came third with another great bag of 10 fish

Luckily u can drop one leg of the 5 leg league, this one will definitely be my dropper. Many thanks to Enda and John for their hospitality and to Alan for running the competition without fault.

Till next time take care and tight lines

Hi DenisGood meeting last night, and enjoyed reading your blog. Felt I was on the lake with you. Great work

Hi Dennis loved the article straight to the point .just wondered will the trout feed on the small buzzers all year ?

Cant wait to read this

glad u enjoy, ty, will be back when the fishing returns